The growing numbers of people diagnosed with mesothelioma from asbestos exposure due to dust from home renovations comes as a timely reminder to all of us as to the inherent dangers of exposure to asbestos dust and fibre.

The recent news article in Sunday’s Courier Mail echoes those increasing statistics. Sadly, practitioners in both the medical and legal worlds have become all too familiar with the notion that the sufferers of asbestos-related diseases may have been exposed to the deadly dust and fibres through a number of sources. Those forms of exposure have often been referred to as ‘waves’.

The first wave of sufferers is those who mined the asbestos materials, or worked in the factories that used the materials to make asbestos cement building products, for example. Their exposure has been seen as often the most highly concentrated. In Brisbane, one of the main James Hardie factories was located in Newstead at the corner of Longland and Ann streets. The other main manufacturer, Wunderlich, had its main factory at Prospect Street in Gaythorne. The devastation caused by those factories to their workers, and the communities surrounding the factories themselves, are well known.

Incidentally, in recent times the Queensland Government finalised an investigation into both plants. An informative read, including the full investigation report and fact sheet, can be located here.

The second wave is often regarded as being those tradesman who were exposed to the dust and fibre during the course of them carrying out their occupations. Virtually all trades have, in one way or another, been required to come into contact with products containing asbestos.

Fitter and turners used a composite form of asbestos as lagging in an engineering context. Electricians and fitter and turners used heat resistant gloves which contained asbestos. Construction workers and concreters were regularly exposed to dust on construction sites during the cutting of pipes which contained asbestos. Builders and carpenters used building materials which invariably contained some proportion of asbestos. Even carpet layers worked with carpet underlay that was often made from recycled hessian sacks commonly used to store and transport asbestos fibres.

The list of building / industrial products containing the deadly material goes on and also includes:

The third wave of people who are seen to face the risk of exposure neither mined, nor worked with the material in an occupational setting, but are in fact home renovators.

As noted in Sunday’s article, ‘a study of the national mesothelioma register commissioned by the [Asbestos Safety and Eradication] agency, shows that a third of cases reported since 2010 were ‘non-occupational’ and almost half were women’. Over the past 30 odd years, as the inner city suburbs of our major cities experienced a renewal from the renovations of older homes, those renovators may have unknowingly exposed themselves to asbestos dust and fibres from their own DIY jobs.

The removal of asbestos materials from both domestic and commercial buildings, is thankfully heavily regulated in Queensland, as it is in other states. Asbestos products already ‘in situ’ are within the law. However, when removed the renovator must ensure proper safety procedures are followed. In saying that, it is still not uncommon for the building industry, including some asbestos removalists, to be dangerously lax in their efforts to minimise exposure through these processes.

When asbestos is disturbed, it forms a dust which is actually many tiny fibres. If it is left alone, it is generally harmless. For example, sealed asbestos in lining or in wall boards is not a danger, but if you pull these down, drill or hammer into them, you will create dust full of dangerous fibres. The dust, when breathed in, can accumulate in the lung. This can cause scarring, which can lead to health problems such as the benign conditions of pleural plaques and asbestosis. Asbestos fibres can also become lodged in the lung’s alveoli for many years. Malignancies can develop over time, resulting in lung cancer and mesothelioma.

It’s important to note that most people exposed to asbestos dust will not develop an asbestos-related disease. It can however take a good 30 to 40 years after exposure for any asbestos-related disease to become symptomatic. There is often no rhyme or reason as to why some people exposed are unaffected, and some who experience only a minimal or ‘low dose’ exposure develop mesothelioma many years later. As the article suggests, there is an increasing number of women diagnosed with mesothelioma – which is directly related to the third wave of home renovators.

There is usually a delay or ‘latency period’ from the time of exposure to the development of symptoms, often as great as 40 years. That means that any exposure NOW will be virtually undetectable by Doctors or Radiological evidence immediately following exposure. This unfortunately does not provide any immediate peace of mind.

The only thing that can be done immediately is to maintain accurate records of the following:-

There has been an increase in asbestos awareness over recent years, driving home the still-present danger of asbestos in Queensland and around Australia. However, a major concern is what people can do legally after exposure, or once symptoms have been identified. The tremendous latency period of the related diseases can leave the sufferers confused as to their legal rights.

It is vital that if you, a family member or loved one has been diagnosed with an asbestos related disease, due to asbestos exposure, legal advice is obtained from a Plaintiff Personal Injury lawyer with experience in asbestos litigation.

Carl Hughes, our Senior Associate, has spent the better part of a decade fighting for the rights of workers, specialising in Asbestos and Mesothelioma cases. He understands the devastation that these cases can wreak on lives, and the confusion of how a sufferer can claim compensation. If you, a friend or family member have been affected by Asbestos, or you would like to have a confidential discussion about your claim, you can call the Gouldson Legal team at any time. 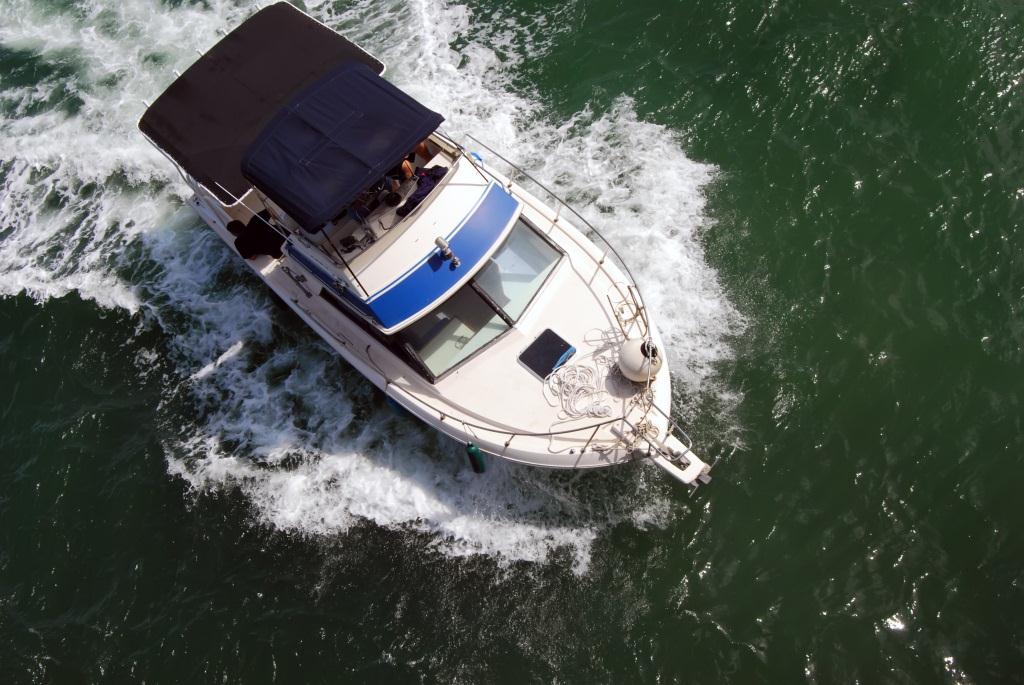 Boating Accidents: Your Rights on the Water

There is nothing more that many Australians love than going boating, and who wouldn’t? Boating is a great way to… 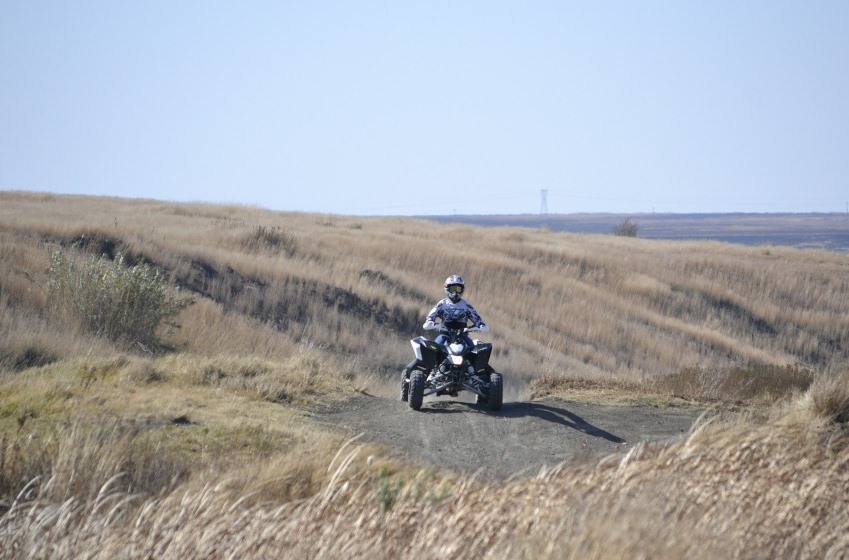 Following on from our previous article where we discussed the topic of on-farm injury and death, a report from the…

Camping Accidents: Can I Claim?

Australians are very spoiled when it comes to the outdoors. Whether it is bushland or beaches Australia has some of…

Our past client, and a Burnslife founding member, Charlotte Adderley sheds some light on what Burnslife is; what they do,… 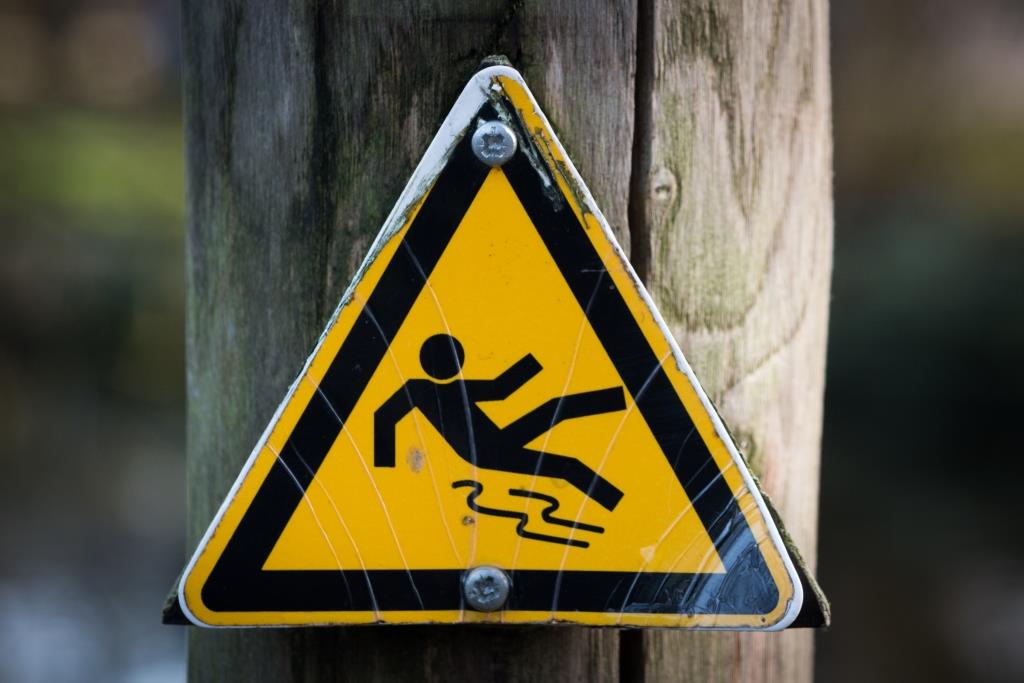 Slip and fall accidents can happen anywhere and at any time. They are most common in public places such as… 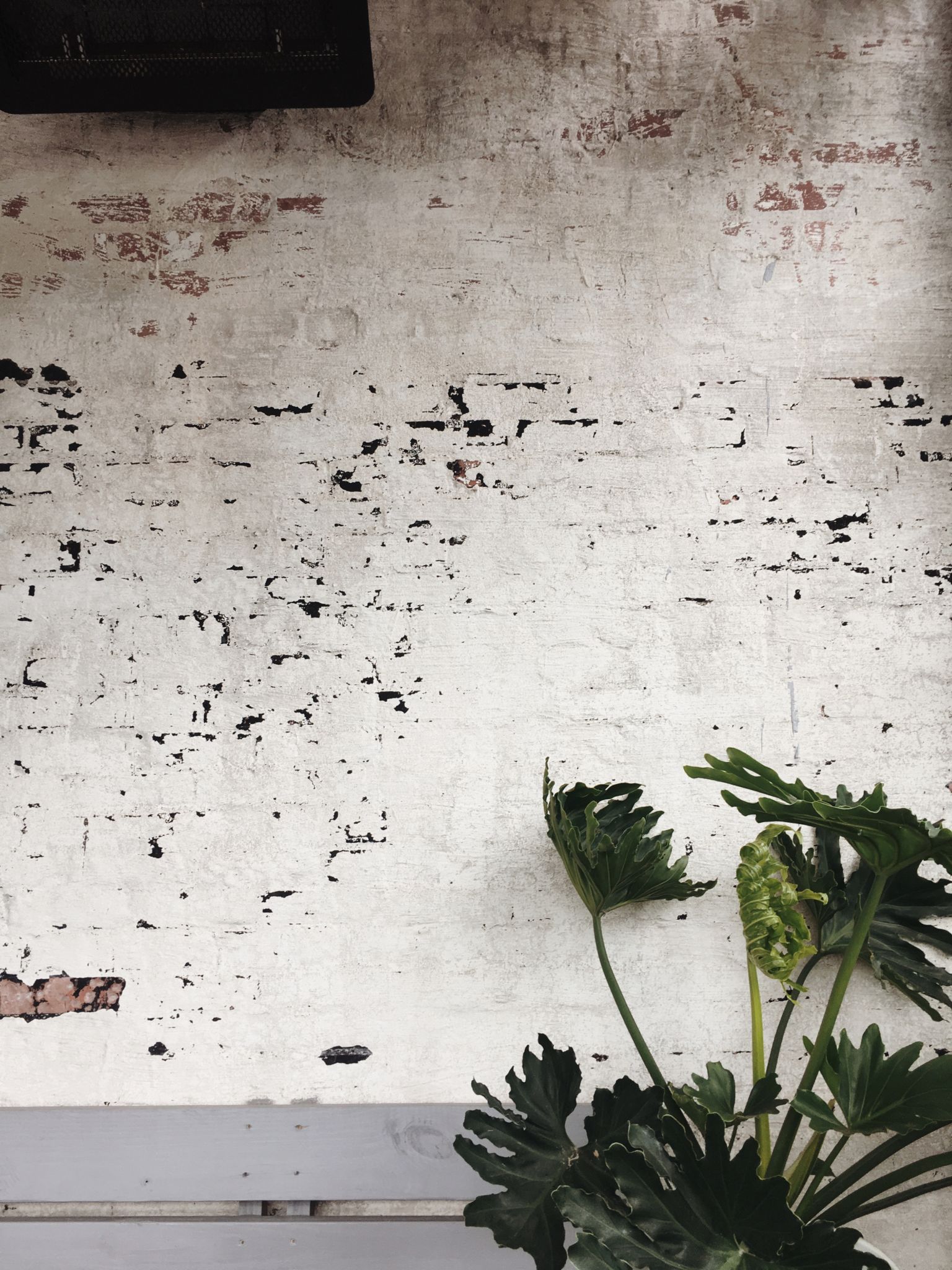 Did you know that November is Asbestos Awareness Month? It’s a month dedicated to raising awareness about the prevalence of,…

Returning to work after an injury can be a stressful time, that has a lot of concerns and questions around… 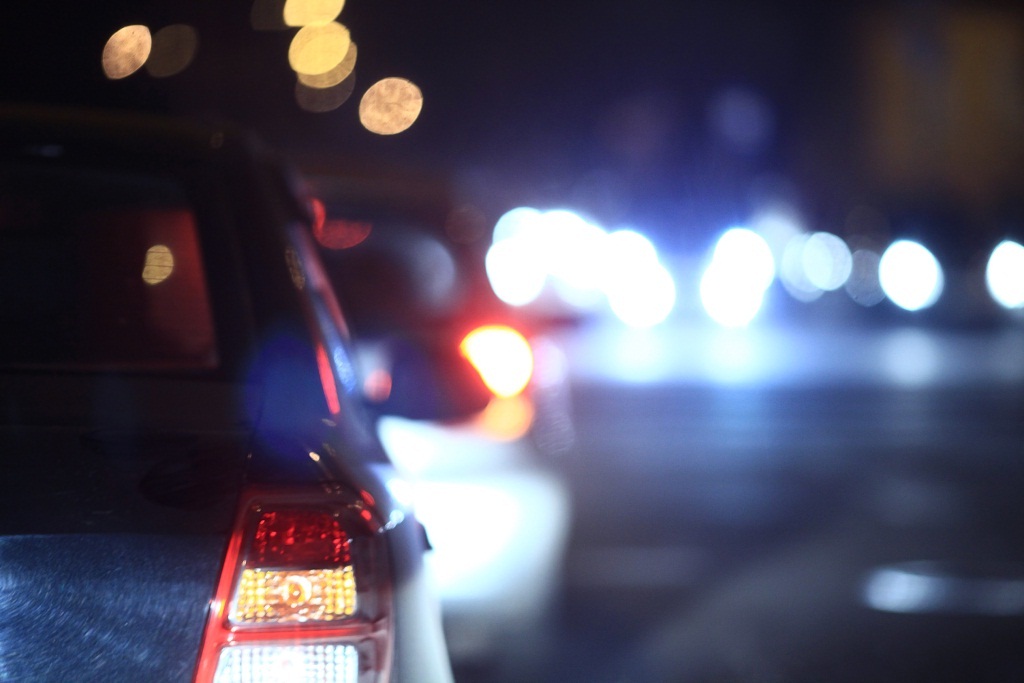 All too often we hear about vehicles crashing into houses and injuring, or nearly injuring, people in their homes. Just…

Monday’s ABC article surrounding ground breaking developments into treatment of mesothelioma provides some hope for mesothelioma sufferers and their families…. 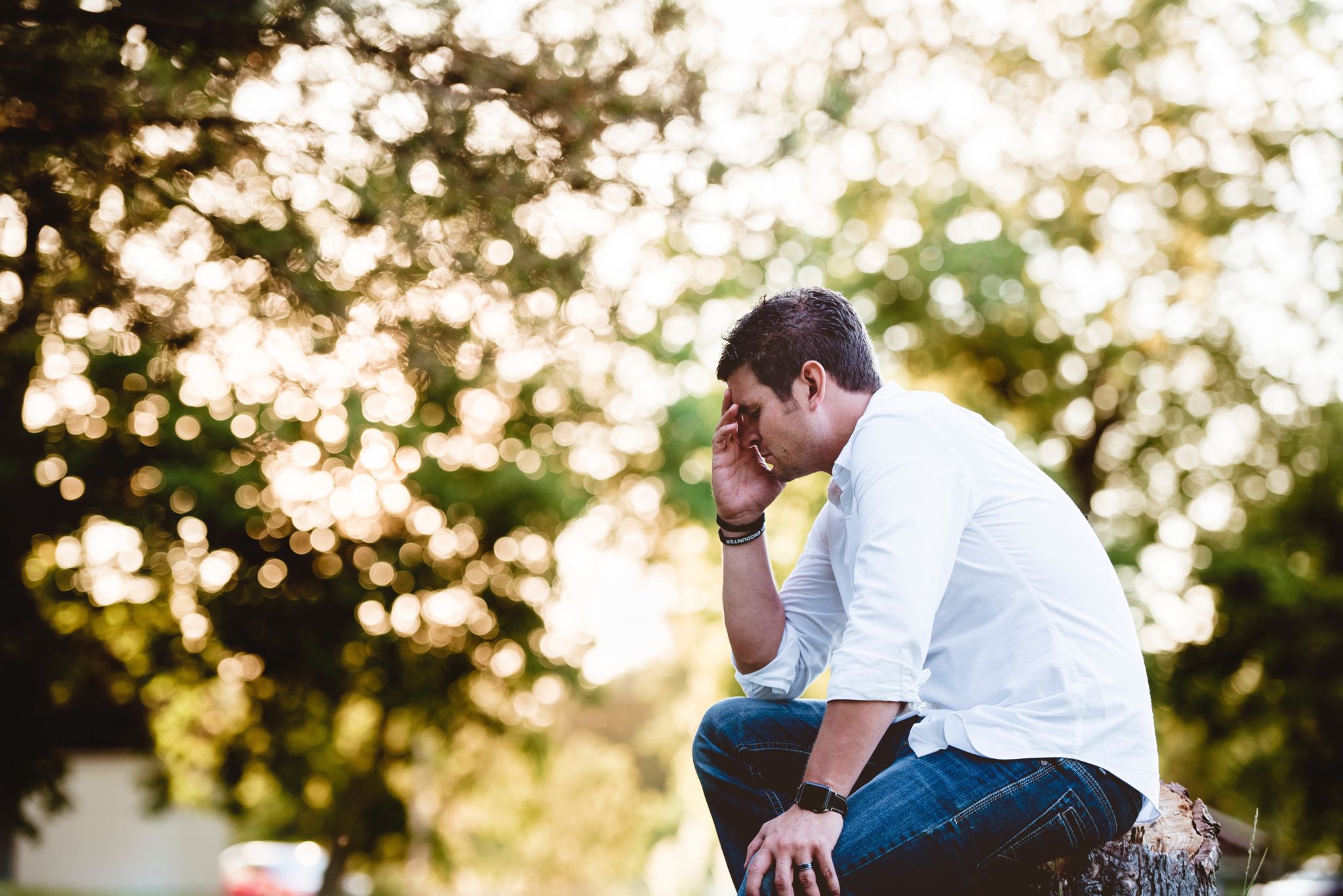 Did you know that this week, the 6th to the 13th of September, is Headache and Migraine Awareness Week? It’s…

Interim Ban on Ethanol Burners after a Spate of Injuries

Late last year there were a number of announcements about the interim, 60 day, banning of ethanol burners in Queensland, and…

Superannuation is something that many of us may not know that much about, especially those of us newer to the…

Sport Related Accidents: When Can You Claim?

For many Australians, sport is a large part of every day life – whether it’s playing it, watching the game…